THIS PAGE IS BASED ON THE ORIGINAL INFORMATION OF THE LOW HENG SIN IMPLEMENTATION OF ADempiere-OSGi, OVER THE VERSION MAINTAINED BY CARLOS RUIZ "Branch GlobalQSS Adempiere361" 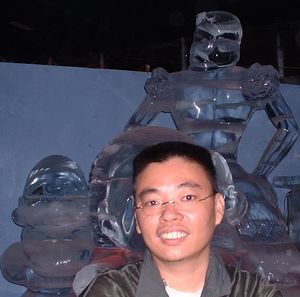 Heng Sin seen here with two of his technology assistants

Getting the Kenai Project into your Eclipse

We first setup the properties file one time. You can do the following by giving the values that you already have for your current ADempiere setup in the same machine. So it will reuse your DB.

File:Buckminster.gif
Buckminster way from now on. Use it to clean and build the project or any bundles. Notice the expanded SDK tree which is used earlier.

*Execute this code in your DB to get the Workflow Editor view rightly positioned:

**Testing is done by basing on the DB of a working ADempiere 3.6.0LTS. So you should have that running in order to follow the actions here.
***You have to create an empty folder preferably same name as your target.platform in the workspace project folder. During creation in Preferences>Plugin>TargetPlatform>Add>Empty>Directory, point your target.platform to that folder. During materializing you will notice that folder getting populated (immediately you get artifacts.xml and later, plugin folder).

If it times out with failure to read from remote error, and your Package Explorer is still empty, repeat the Import Projects step and it will resume from where it stops.

****There may be other non-started bundles you need to manually START:

Retrieved from "https://wiki.idempiere.org/w-en/index.php?title=I-Dempiere_Origins:_HengSin&oldid=11241"
Cookies help us deliver our services. By using our services, you agree to our use of cookies.
Category:
This page was last edited on 1 December 2016, at 16:55.
Content is available under GNU-Lizenz für freie Dokumentation 1.3 oder höher unless otherwise noted.
Privacy policy
About iDempiere en
Disclaimers