From iDempiere
Jump to navigation Jump to search

The Steve Job's Project GoogleGroup can be accessed from here.

Hallo.
TheD is an enthusiastic fresh guy who has a lot interest in IT and Physics and is growing to know more.
He was studying physics in the University of Yaounde 1, Cameroon before breaking and dropping into the Steve Jobs project
Cameroon. He has got much factorials and thermodynamics with relativistic matter his mind...you can hear him say this
"Oh! it's so heavy. Let's see what codes Look like." I'm very sure... he is passionately curious!!! He currently is a Software
Developer(Junior), Systems Analyst, and an ERP Engineer with ITKamer.
Read more about TheD.

Currently speak, read and write in English, French, and Korean(learner). 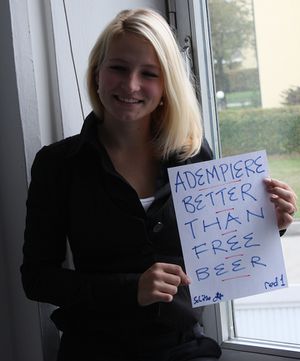 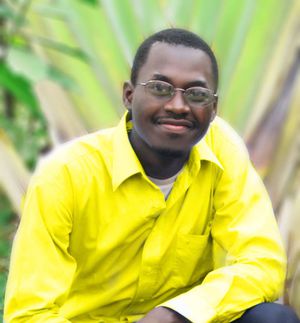 He loves making friends, trying out new ways.
He loves creativity,innovation, and the concept of the Universe in itself, in fact he usually think of Multiverse (multi universes)
and the theory of Parallel dimensions. He likes dealing with questions beginning with wh and h.
He loves Korea! Could any one know why?.. It is because of it's fast growing relation with Cameroon and the interesting digital
virtual shop.. what an integration of the physical to the digital world?.. Korean culture is not excluded from his likes.
He also loves his country Cameroon. He's been to Yaounde, Bamenda , and this time in Buea, but something more interesting...
He stupidly loves Astronomy.

TheD develops his capacity in doing the following: